Light it Up! How to Identify Uranium Glass

One of the most interesting things to come out of the 20th century is the creation of Uranium Glass. Whether in delightfully sharp Art Deco styling or appearing in more mundane forms - such as a juicer with a fun neon green tinge - the name Uranium Glass is no misnomer: it truly is radioactive! Created by adding oxidised uranium to glass, Uranium glass is often indistinguishable to the naked eye from similar glassware, such as Custard or Depression Glass, apart from an almost alien yellow/green tinge. Coming in several varieties - such as the glossy, creamy white vaseline glass, or in a range of colours such as butter yellow to neon green - the true test for Uranium Glass is to use a UV light to test that glow factor. Under a UV light, the electromagnetic radiation of the Uranium in the glass is now visible, giving it a fluorescent glow. Other glass can also glow, but not with the same brilliance. Don’t be fooled by additions such as neodymium, which is used to make the beautiful Alexandrite Glass, or holmium. 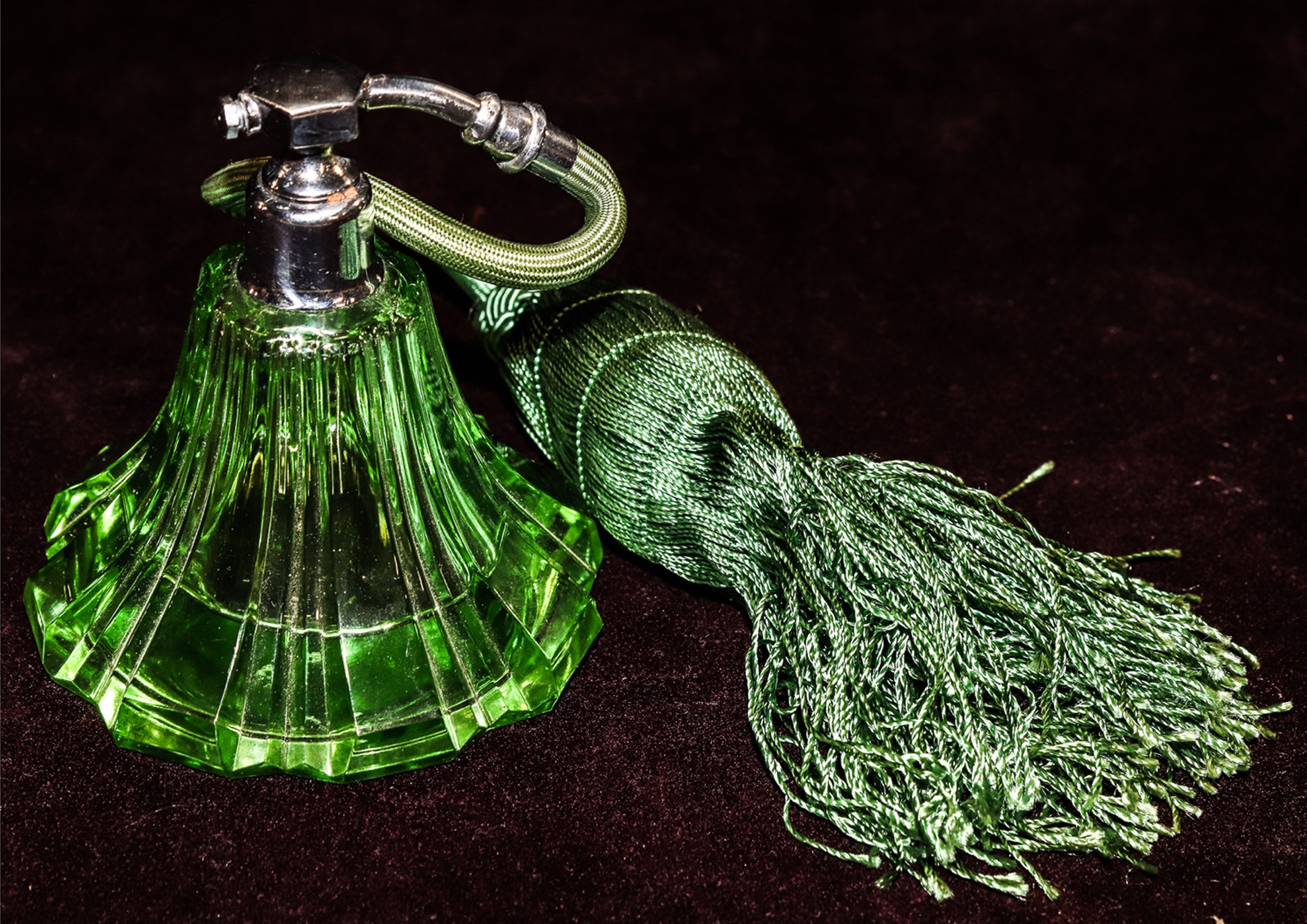 Uranium glass speaks of a bygone era in human history where the radioactive represented an exciting post-war future, powered by nuclear energy. Avidly collected by fans, Uranium glass pieces can come in many forms; from vases, glasses, dishes, accessories and jewelry, often in classic Art Deco or 1930s style.

With most Uranium glass pieces containing minimal amounts of Uranium, most pieces are considered safe to keep and even use. If you suspect that you have Uranium glass - perhaps there’s a suspicious green tinge, or a family story about a mysterious glowing bowl - arrange an appointment to have our team at The Auction Barn help you discover the story behind your glass today!